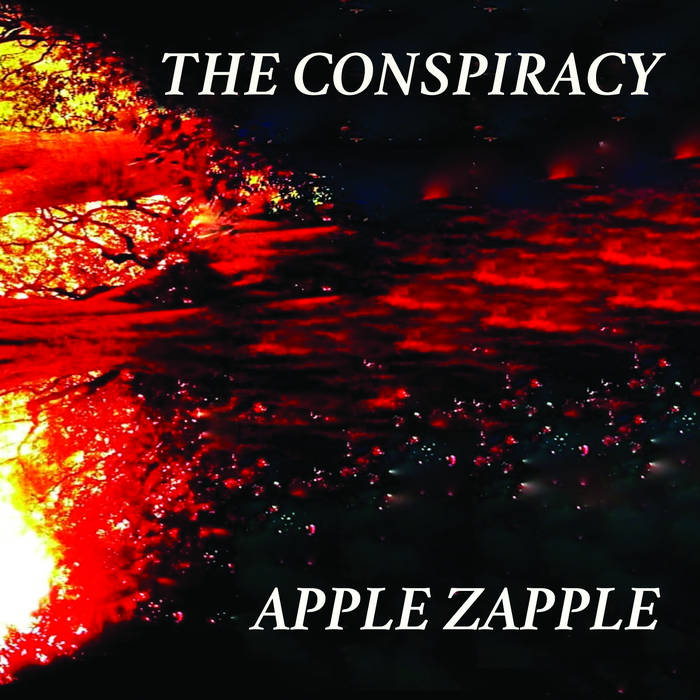 First album by UK duo, who also happen to be cousins,

They've been around since the late 90's and have crafted in 2021 an album that sounds like all the best of the neu weirdo pop underground that we so love here at Metal Postcard.

If you like the quirky bedroom bandcamp pop of the Santa Sprees, Woog Riots, Toxic Chicken, Sir Robert Orange Peel & Cool Greenhouse you will, as they say, like the Conspiracy

In The Mind Of A Bordello

Why oh why are Metal Postcard Records releases are not widely reviewed as they constantly release music by artists that follow no-one but their own muse , I suppose I have just answered my own question as we all know most blogs are scared of anything that shows invention and originality .

Invention and originality are two words that fit perfectly this wonderful album of, well invention and originality, pop music that draws on jangle indie pop ,psych,punk ,garage, prog, dance, that invoke the beguiling spirit of the Television Personalities if they were recording music for twisted children’s television channel programmed by Julian Cope .Yes indeed this is the album of flawed genius I have been waiting for since the one and only album by the much underrated Wonky Alice and Conspiracy mine the same pop pit as the great Wonky Alice digging up nuggets of Syd Barrett like magic by the bucket load.

What I love about this album is it does not only show melodious wit and invention in the music but is also matched by their playful lyrics that entertain, provoke and amuse in equal measure ,Conspiracy could well be my new favourite band and I believe they may well be yours .


The Conspiracy are a long-running underground outfit known for their musical eclecticism. Starting out in the DIY tapes scene in the late 80s, they later moved on to the Pink Lemon and Jarmusic labels where they became labelmates of artists like Martin Newell, Captain Sensible, R Stevie Moore, and Alan Jenkins' various bands including The Creams and The Deep Freeze Mice.

This album includes some of their strongest material ye and opens with the title track, in which stream-of-consciousness word-associations are forcefully recited over a vigorous mix of electronic dance music and heavy psych-rock. Magnolia is an effective blend of goth, punk and pop, with brooding post-punk verses adorned with chiming arpeggios . The Race is spiky, energetic pop-rock, with a driving, chugging powerpop rhythm juxtaposed with heady, meandering psychedelic guitar soloing. Rapunzel is angry punk-infused noisepop, with a thudding rhythm and slicing guitar as backdrop for lyrics of resentment and rage. Mahler is dark, woozy pop. All these are top tracks but my absolute favourite is Sound of One, a melodic pop exploration of introversion, much in the style of classic late 80s/early 90s indiepop.

In an age where many releases sound like they have the same song rehashed ten or twelve times, or worse on repeat for the same amount, this is a glowing example of how things should be. The mainstream pop artists should take note and so should you. A must have