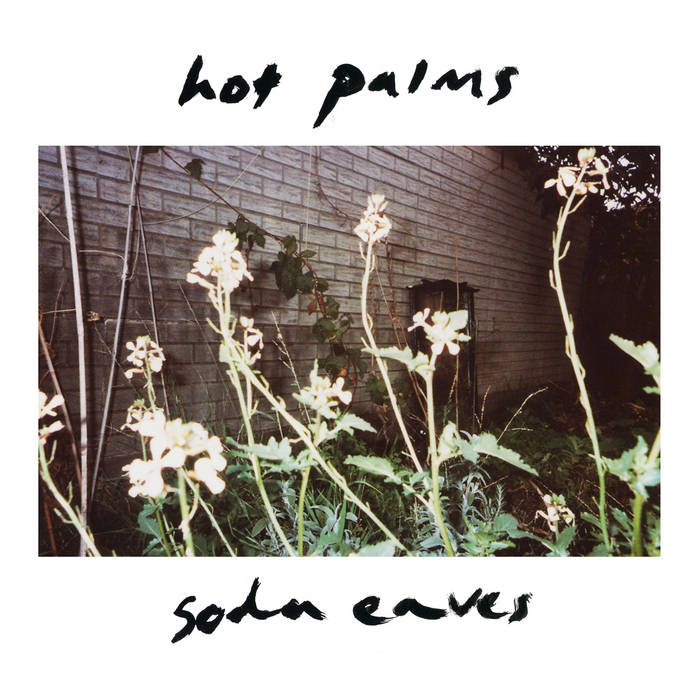 Ltd to only 100 copies via Metal Postcard - to celebrate 100 releases by us. The amazing Hot Palms & Soda Eaves from Melbourne record a 7" for us.

"The calm before the storm - the penultimate band release on this relentlessly gargantuan post is the 7" split between two unheralded acts out of Melbourne, Hot Palms and Soda Eaves. 'Muss Blues' and 'Lolly Water' are as meditative and breathtaking as ever, a somnambulist sojourn through mid-dusk netherworlds, where the feet lift from the ground and the shadows flee your body. It's stuff like this that makes me miss Australia so much. You can buy the 7" now - and you really really should. Soda Eaves will also be supporting Ghost Notes on theirMoonlight State tour - this show at the Public Bar at Sunday January 25."
SONIC MASALA

Hot Palms are Melbourne based purveyors of sometimes instrumental, slightly drone-ish tracks with a good measure of psychedelic hooks. Made up of Alec Marshall and Emma Russack, the duo formed in Wollongong, where Alec grew up and consequently met Emma. You may have known them previously as Emma and Alec, under which they released their first self-titled EP, with Marshall writing all the instrumentals and vocals attributed to Russack.
After moving to Melbourne, the duo took on the name of Hot Palms. The ‘Hot Palms’ EP was written entirely by Alec, with the track titles provided by Russack, in a kind of reference to Felt’s “Train Above the City”.
The tracks on the EP seem to quietly blend into one another, all of a sudden you’ve made your way through the EP and you’re thinking “I’m going to put that on repeat for a good few hours”
ALL I DO IS LISTEN MUSIC BLOG

- Soda Eaves is the solo work of Jack Core, a published poet and guitarist with the Melbourne psychedelic-drone band Hot Palms. Recorded in a shed in Thornberry, Like Drapes Either Side is a lo-fi, heartfelt masterpiece, with 8 tracks of reverb-soaked indie guitar pop, augmented by sparse synths, and snippets of recorded sound.
It’s a distinctly Australian release, with Core’s undisguised accent lending a sense of credibility to the album, written about feelings of isolation, and life in the suburbs. The first track, No one else, sets the mood for the rest of the release, with longing, yearning guitar riffs set above the sound of wet and heavy winds, evoking images of a tropical climate. This is followed by an acoustic song, Flowers of Evil, which begins with a short recording of a conversation. Around it, we hear the sounds of a natural environment: native birds chirping, and softly strummed acoustic guitar – signs of human colonization set amongst a natural landscape. A picture of life in suburban, or regional Australia.
ZZZ BRISBANE